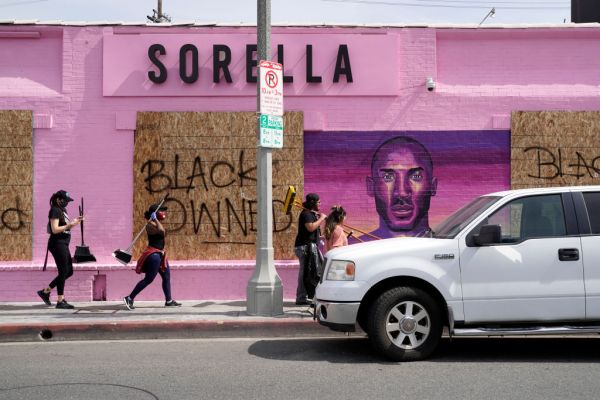 As the United States sees its second week of large-scale protests against police brutality, it’s painfully clear that the country’s racial divide requires significant short- and long-term action. But most of these calls for change gloss over the role Silicon Valley can and should play in mending the racial divide.

Right now, activists are rightfully urging the public to take two crucial steps: vote out state and local government leaders and support Black-owned businesses. Both steps are necessary, but the importance of the latter has been largely overshadowed. Leaders can enact policy change, but much of the structural racial disparity in the U.S. is economic. Black workers are vastly overrepresented in low-paying agricultural, domestic and service jobs.

They’re also far more likely to be unemployed (in normal economic circumstances, and especially during the pandemic). A Stanford University study found that only 1% of Black-owned businesses receive loans in their first year. That’s seven times lower than the percentage for white businesses.

Put simply, enacting new laws and overturning old ones won’t suddenly reverse decades of biased investment decisions. That’s why all over social media, there are grassroots pushes to shop Black. Apps like WeBuyBlack and eatOkra collate businesses and restaurants into one centralized database, while organizations like Bank Black encourage investment in Black-owned funds or Black-owned businesses.

But what happens when the hashtags stop trending, the protests stop attracting crowds, and the Twitter feeds return to celebrity gossip and reality show reactions? Many organizers worry that, after the media cycle of the George Floyd protests expire, widespread interest in fixing systemic racism will go away too. Apps may be helpful in propping up Black businesses, but they rely on customers fundamentally changing their purchasing and consumption habits. Perhaps the perfect storm of COVID-19 and Mr. Floyd’s death will result in a wide-scale transformation of consumer behavior. But that’s not a given, and even if it were, it wouldn’t be enough.

To systematically fix underinvestment in Black businesses, we need big tech to step up. Now.

In particular, while there’s been a lot of recent talk about “algorithmic bias” (preventing algorithms on sites like Facebook or Google from implicitly discriminating on the basis of race), there hasn’t been enough talk about proactively demanding “algorithmic equality.” What if, for instance, tech companies didn’t just focus on erasing the entrenched bias in their systems, but actually reprogrammed algos to elevate Black businesses, Black investors and Black voices?

This shift could involve deliberately increasing the proportion of Black-created products or restaurants that make it onto the landing pages of sites like Amazon and Grubhub. Less dramatically, it could tweak SEO language to better accommodate racial and regional differences among users. The algorithmic structures behind updates like Panda could be repurposed to systematically encourage the consumption of Black-created content, allowing Black voices and Black businesses to get proportional purchase in the American consumer diet.

At the very least, giving Black business a short-term algorithmic advantage in take-out and delivery services could help stem the massive economic breach caused by the coronavirus and could help save the 40% of minority-owned businesses that have shut down because of the pandemic.

Nothing can undo the losses of George Floyd, Breonna Taylor, Ahmaud Arbery or the countless other Black Americans who unjustly died as a result of this country’s broken system. What we can do is demand accountability and action, both from our political leaders and from the Silicon Valley CEOs who structure e-commerce.

With thoughtful, data-based modifications, online platforms can give Black entrepreneurs, creators and voices the opportunity to compete — an equality that has been denied for far too long.