Matt Ralph’s first brain tumour wasn’t the one that changed everything.

Ralph saw the seizure he had in his sleep at 22, which led to an MRI scan and then emergency brain surgery in St. John’s, as a “roadblock.”

“Something that would put my life on hold for about six months, maybe a bit longer, but after that my life trajectory would go back to normal,” he said now of his expectations at the time.

And, besides, he had some family support too including a grandmother who had twice survived breast cancer, someone he could lean on for “a lot of support.”

Instead, it was the second tumour, five years later — after the death of his grandmother — that left Ralph feeling alone. 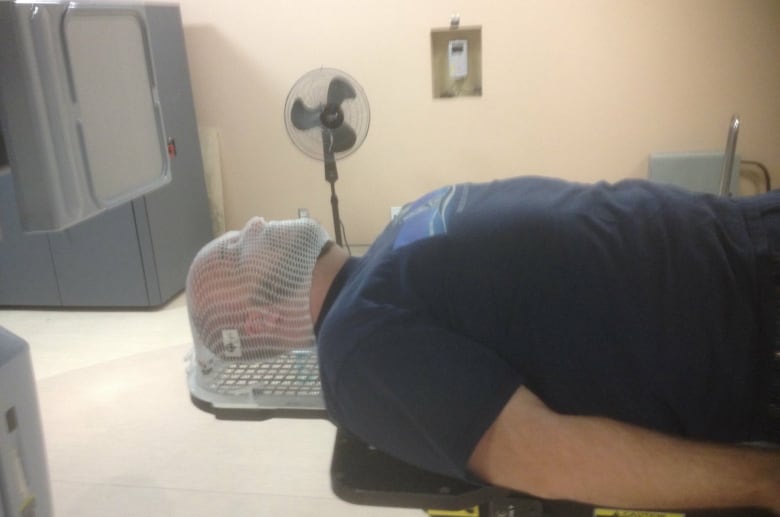 Ralph wears a mesh mask as he prepares for a radiation therapy in 2014. Mesh masks are used to keep patients still during the procedure. Ralph estimates he’s had 30 radiation therapies, most after his recurrance in 2013. (Submitted by Matt Ralph)

“I think that people who were initially diagnosed have the instinct to want to, ‘Well, you know, I’ve had cancer, now that’s in the past. I can move on I can go back to my life.’ And it takes time to realize that that’s not how it works,” he said.

“Your life is before cancer and after cancer.”

‘My cancer is a part of me’

Everything changes after that diagnosis, Ralph said, from the new fear of finding another recurrence on his next MRI scan, for example, to wondering whether or not to tell a prospective employer that you have a life-threatening, “permanent” disease.

“I slowly learned from my own experiences, and from discussions with other patients, that having a serious illness at this time of your life really can affect pretty much anything,” he said. 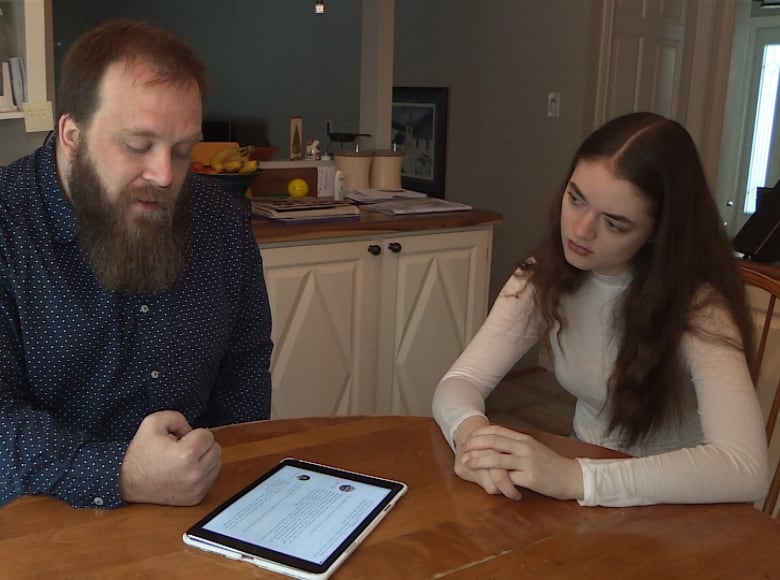 Ralph reads out one of his posts on livingoutloud.life in his parents home in Grand Falls-Windsor, as his girlfriend Robyn Vivian watches. (Garrett Barry/CBC)

As part of an effort to help guide young adults who are receiving the same frightening phone calls he got a decade ago, Ralph is now contributing to livingoutloud.life, new online resource for patients like him.

Launched this week by Canadian Virtual Hospice, livingoutloud.life is a web forum designed specifically for young adults with life-threatening diseases, with discussions on relationships, daily life and big decisions.

“I take comfort in feeling that my cancer is a part of me, every bit as much as my voice, my eyes, or my hands,” reads one of Ralph’s posts. “Cancer doesn’t feel invasive to me. Genetically, it’s something that most of us are born with.” 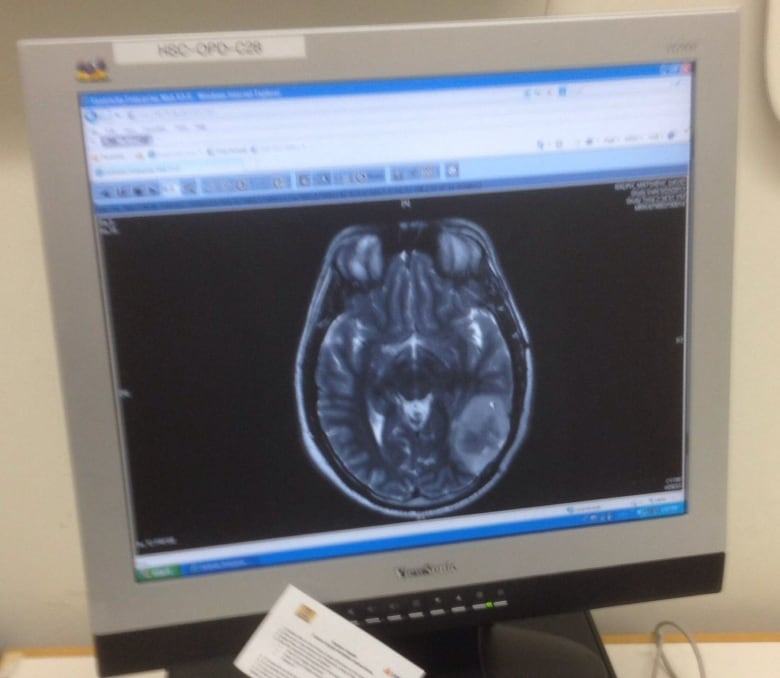 Ralph’s MRI scan in 2013. Ralph said he has MRI scans about every three months, which are always source of worry for him, even if he can now fall asleep while getting the scan itself. (Submitted by Matt Ralph)

Right now, posting is limited to some select contributors, but he hopes the developers will add an area for other young people with disease to ask questions and share their own stories.

“I find it’s really healthy for me to be able to share my story and think about it in new ways,” he said. Ralph said his theatre studies at Grenfell Campus in Corner Brook and his work as an editor at a music magazine make that a bit easier.

“On top of that, having interacted with other young adult and teen cancer survivors. I’ve become passionate about their stories as well.”

His own story brought him back to central Newfoundland after his surgery. He moved home to Grand Falls-Windsor, to live with his parents, a decision he said is common for young adults with cancer even as their friends are setting up homes and families of their own. 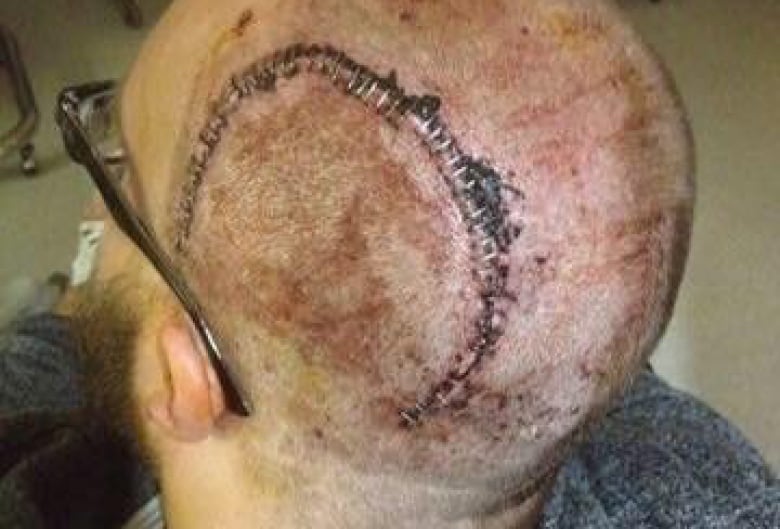 Matt Ralph’s scar is shown in a photo from 2013. Ralph had surgery to remove a recurred tumour in his brain. Shortly after that surgery, Ralph says he also had an anomic aphasia stroke, which makes it hard to recall proper nouns and names. (Submitted by Matt Ralph)

Ralph says it’s isolating as your peers, and in some cases health care professionals, aren’t really sure how to talk about death and terminal illness to a relatively young patient.

He also had to learn how to navigate his relationship with his family and learn how to date with brain cancer, something he said “becomes harder.”

And when do you tell a partner that you’ve had 30 rounds of radiation therapy, and will have scheduled MRI scans for the rest of your life?

“I honestly have no idea,” Ralph says while sitting next to his girlfriend, Robyn Vivian. “It’s been part of me for now for about one third of my life, and certainly almost all of my life as an adult. For me, it’s just, I’ve realized that its easier, simply, to talk about it as though it’s normal and every day, common thing, just like everything else.” 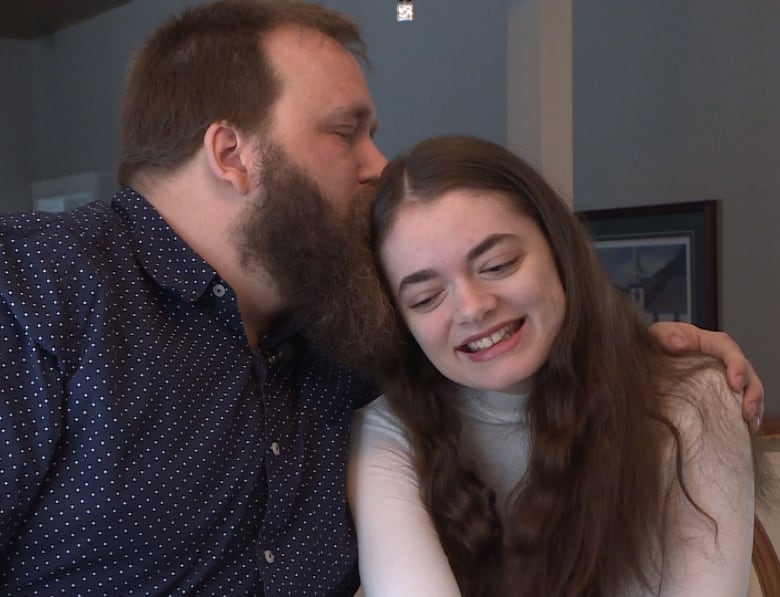 Ralph embraces his girlfriend, Robyn Vivian, who he met at theatre school at Memorial University’s Grenfell campus. Vivian said Ralph is smart, an avid reader, and always curious about the world around him. (Garrett Barry/CBC)

“It really came up for us, more personally, when [he] started opening up to me about when [he] would have scans coming up,” Vivian said.  “And feeling nervous about that, and I think maybe the first time I went with [him] to one.”

After his second tumour was diagnosed, Ralph said he started to become more active with cancer groups and young adult support groups.

This web forum, he hopes, is another avenue for support for young people. 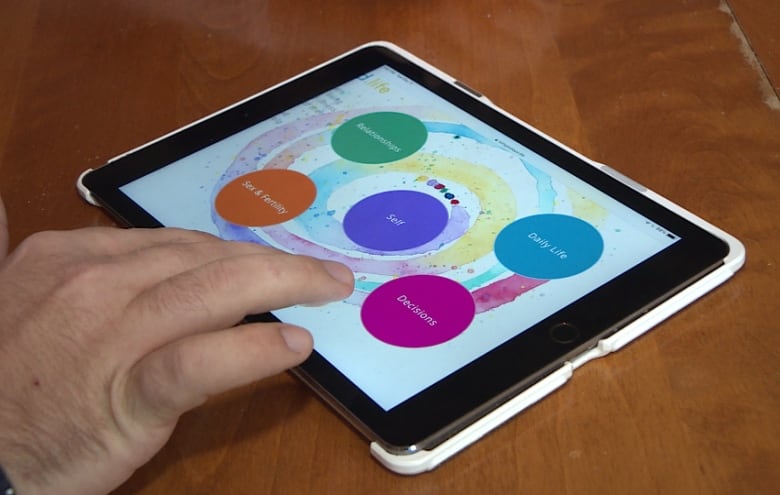 The livingoutloud.life website, where Matt Ralph writes, has portals for discussions about daily life, relationships, and decision-making while living with a life-threatening disease. (Garrett Barry/CBC)

“Either they can be introduced to these things, or they can gain a sense of community and belonging and realizing that they’re perfectly normal to experience what they’re feeling,” he said.

“For non-patients, non survivors who are seeing this website, I honestly hope that it affects non-patients even more than it impacts survivors, just because I think it’s very hard for non-survivors to have a sense of what we’re going through.”