“The Dose,” a weekly dose of news you can actually use.
Ayrika L Whitney, The Tennessean

Hello from The Dose, a place to share the news we’re all talking about — and actually experiencing. Each week, you’ll find: a stat worth digging into, a dose of news from our Tennessee community, something you *should* pay attention to on social media and a burst of happiness.

GET THE DOSE IN YOUR INBOX: News that matters to you delivered weekly

I’m Jessica Bliss, a human interest columnist here at The Tennessean. I’m a mom, a triathlete, a writer. And, the curator of this newsletter. Definitely send me your feedback and what you’d like to see. My promise? This will be a positive space for all perspectives.

This week’s dose of news 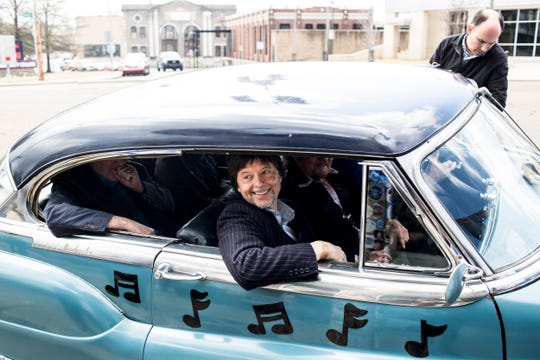 Famed documentary filmmaker Ken Burns rolls up to Sun Studios in a Cadillac during a visit as part of a bus tour to promote the new 8-part series “Country Music.” (Photo: Brad Vest/The Commercial Appeal)

Over the last six years, documentarian Ken Burns set out to talk to the legends of country music — the men and women who could recount the roots and the rise of the signature sound.

In all, Burns conducted 101 interviews for his upcoming documentary “Country Music.” Not just for film making, but for posterity. And soon, the all the footage and transcripts will be given to Nashville’s Country Music Hall of Fame and Museum.

That’s a massive trove of insight and stories from more than 40 members of the Hall of Fame. Just wow.

An excerpt from Ken Burns’ documentary “Country Music” on PBS

Metro Nashville Public Schools is in tumult — and this week’s turmoil (with a resignation and talk of suspension) has created a whirlwind of news and taken focus squarely away from the students it serves. 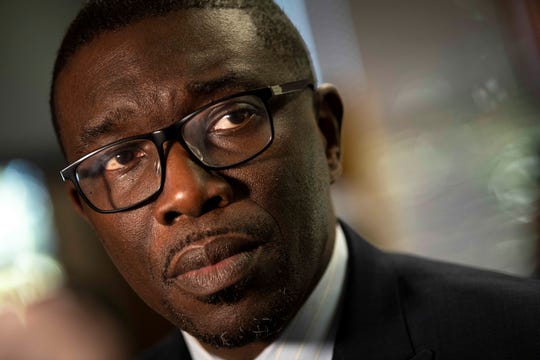 So what’s happening?: First, Metro Nashville Public Schools Director Shawn Joseph — who has been under heavy scrutiny for several issues, including failure to report teacher misconduct — announced he would not seek an extension when his contract ends on June 30, 2020.

Then state education officials recommended a one-year suspension of Joseph’s license. At Tuesday’s school board meeting, Joseph addressed criticism, quoted rapper Tupac, and requested that the board seek an agreement to secure his exit.

Meanwhile: Board member Will Pinkston resigned and caused controversy of his own. He called the school board “impossibly inept.” Now, he is being called out for blocking people on Twitter, which courts have deemed a First Amendment violation for public officials. His resignation doesn’t go into effect until April 12.

The goal, Lee has said, is to “enable low-income students from the most under-performing school districts to attend an independent school of their choice at no cost to their family.” But it could cost taxpayers as much as $125 million by the year 2024, according to the bill. Lawmakers have questions about transportation for these students, funding dispersal and whether or not it would truly serve the most needy population.

GET THE DOSE IN YOUR INBOX: News for your family and your life

March is madness for college basketball coaches in Tennessee

While Belmont men’s basketball coach Rick Byrd contemplates retirement after his program’s first NCAA tournament win, other local coaches haven’t been given a choice about their future. 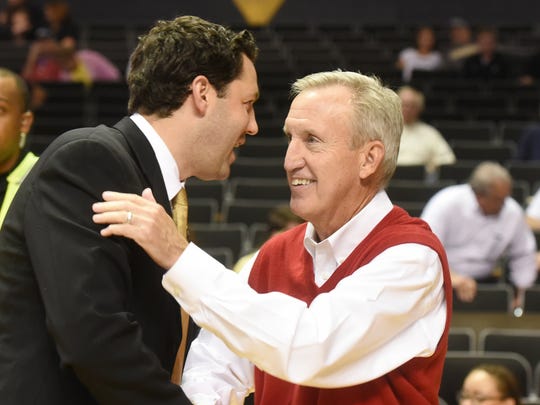 Vanderbilt second-year coach Bryce Drew, left, and Belmont’s Rick Byrd will lead their team’s against each other in a game at Belmont’s Curb Event Center in November 2016. (Photo: Belmont Athletics)

First, Vanderbilt basketball coach Bryce Drew was fired Friday after the worst season in program history. In a tweet confirming the departure, he thanked fans for the outpouring of love and support.

Then, reports surfaced Wednesday that Holly Warlick is out as Tennessee’s women’s coach. Warlick, a former Lady Vols All-American, played for legendary coach Pat Summitt and then served on her staff for 27 years before taking over for Summitt.

One coach who will be returning next year is Vanderbilt women’s basketball coach Stephanie White. She avoided the fate of other fired coaches despite the fact her last two seasons were the worst in the program’s history.

Thank you! You’re almost signed up for Daily Briefing

Keep an eye out for an email to confirm your newsletter registration.

Nashville’s growth, in some ways, has been great. It’s brought jobs from big-time companies (hello, Amazon) and a reputation as a hip-happening town.

But home prices have nearly doubled in the past six years. Interest rates are up. The population is up. And house inventory is down. All of that has left many lower-income residents in a lurch.

So enter, Under One Roof 2029 — Mayor David Briley’s proposal to invest $750 million to support increased affordable housing over the next 10 years. 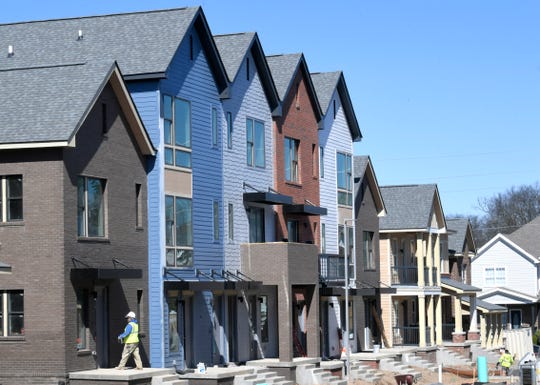 Here’s what you need to know:

10,000 affordable-housing units: Proposed to be created over the next decade.

$500 million: Will be public funds dedicated to the project, the largest single investment in affordable housing in the city’s history.

$350 million: Of those city funds will go to Metropolitan Development and Housing Agency to help pay for 5,000 low- and middle-income homes. An estimated 1,000 of the 5,000 new units will be dedicated to individuals at the lowest end of the income spectrum.

50 percent increase: In funding over the next 10 years will go to the Barnes Fund, which provides grants to affordable housing developers. That money, which amounts to $150 million, will come from the city’s operating budget.

GET THE DOSE IN YOUR INBOX: A weekly shot of news you can actually use

All the good feels 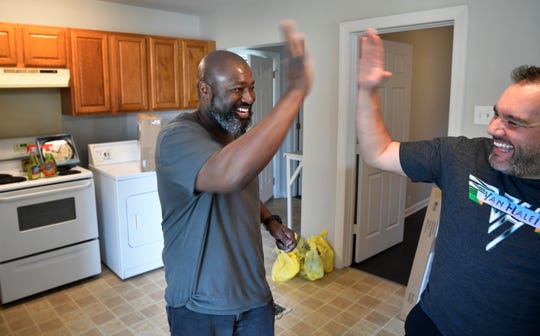 Matthew Charles celebrates moving into his new home with the help of his friend Tim Hardiman.
Charles, a former prison inmate who Kim Kardashian offered to pay rent for five years now has a home Saturday, March 23, 2019, in Nashville, Tenn. (Photo: Larry McCormack / The Tennessean)

Matthew Charles was an honored guest at this year’s State of the Union address. He met the President the United States — and took a photo with him. He was celebrated for being the first man released from prison under a new law known as the First Step Act, which granted his freedom after 22 years of incarceration for a non-violent drug offense.

He got a job and transportation. But, back home in Nashville, he couldn’t find a place to live. No one would approve a second-chance for a convicted man with no credit.

That changed last week when celebrity Kim Kardashian-West offered to pay Charles’ rent for the next five years and took to Twitter asking Nashville landlords for help. It worked.

Last weekend, Charles moved into his home in a duplex Saturday on a residential street less than two miles from downtown. He glanced out the front door of his new home into the sunlight and took a deep breath. “I’m starting over from scratch,” the 52-year-old man said, then smiled.

HELP MAKE THE DOSE EVEN BETTER!: We want to know what you love (and what you would improve) about The Dose. If you can spare two minutes, please let us know your thoughts in this survey.

Quote of the week

“I think a lot of times, females especially, feel threatened. Instead of feeling threatened, why don’t you just be confident in your skin and your talent, and just join us?”

— Singer Kelly Clarkson as she dishes about her new daytime TV show and her current tour, which comes to Bridgestone Arena on Friday.

One of the highlights of the night comes during when tour openers Brynn Cartelli (of “The Voice” fame) and Kelsea Ballerini join Clarkson onstage to sing the 2003 hit “Miss Independent.” 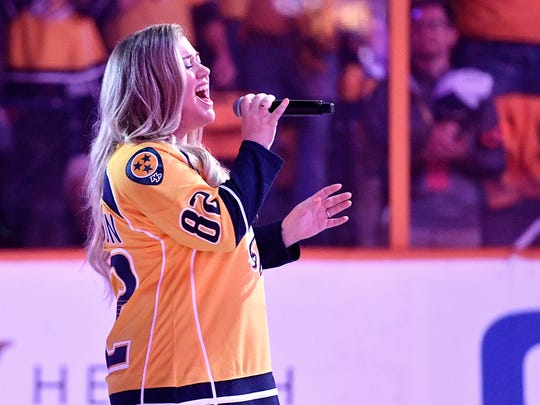 Oh, the things you should do!

Renew your TPAC season tickets (or cross your fingers and hope): Renewing is the only way to guarantee seats for “Hamilton” before tickets go on sale to the public. The musical sensation will premiere in Nashville on Dec. 31, 2019, and performances will continue through Jan. 19, 2020.

Find out how Nashville became Draftville: Four-time Titans Pro Bowl running back Eddie George and former Gov. Phil Bredesen will give a behind-the-scenes account of how Nashville nabbed an NFL team — and ultimately the 2019 Draft — during an exclusive event on April 3. The unscripted discussion will be moderated by me, Jessica Bliss. You should come! Tickets and more info here. See you there.

GET THE DOSE IN YOUR INBOX:  If you made it this far, you really should just sign up.

TELL JESSICA WHAT’S UP: Reach out to offer your thoughts for The Dose or on life in general.