DoubleVerify Saw a 50 Percent Jump in ‘Inflammatory News and Politics’…

The company said it has seen a 50 percent jump over the past month in online advertising inventory that its filter classifies as “inflammatory news and politics” across several programmatic platforms.

CMO Dan Slivjanovski said the inflammatory news and politics filter covers programmatic display, network display and video ads. He added that it’s a combination of man and machine: An algorithm does “scale work” and reviews language used in stories and other content, and its findings are then manually reviewed. 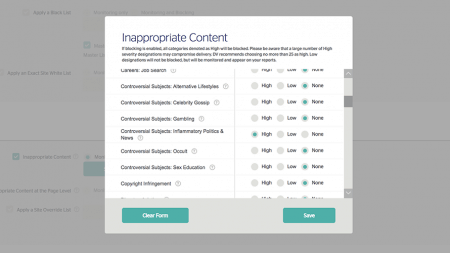 DoubleVerify provides fraud protection, verified viewability data and brand safety services to many of the world’s largest advertisers and their agencies, as well as to the major demand-side platforms.

Since DoubleVerify began classifying inflammatory news and politics content in December 2016, more than 2.6 billion potentially brand-damaging impressions have been blocked, according to the company.

“Brands are hyper-concerned with brand safety,” Slivjanovski said. “Unlike fraud and viewability, brand safety doesn’t just hit the checkbook—if an ad appears next to objectionable content, it damages brand equity in a way that’s far more corrosive than anything else.”

DoubleVerify revealed that 75 percent of the brands and media buying platforms it works with are using its inflammatory news and politics filter and, during the past month, 96 percent of its newly activated clients are doing so as well.

“There’s no doubt that political rhetoric in the U.S. has grown louder and more polarized,” CEO Wayne Gattinella said in a release. “Not surprisingly, most brands want to avoid appearing next to anything that could be perceived as incendiary. This has become a critical brand safety issue and will continue to be in the future—well after the midterms.”