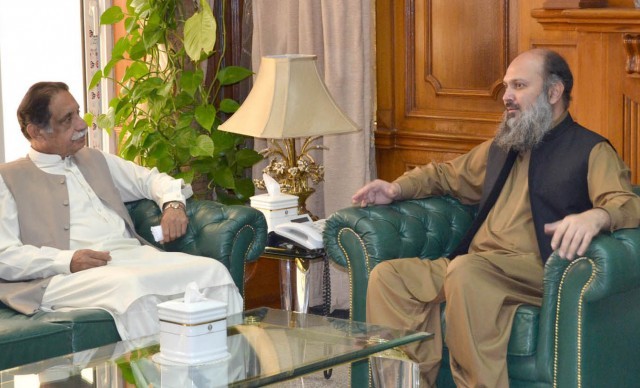 QUETTA: Balochistan Chief Minister Jam Kamal Khan has said without bringing about a positive change in “our literacy rate” and “educational system we can’t achieve the goal of a developed Balochistan”.

“In the 21st Century, our province is still far behind in quality education as there are immense flaws in the education system due to lack of interest and transfers and postings in the education department on favouritism,” said the chief minister on Friday in his message on the eve of International Literacy Day.

“In the first cabinet meeting, emergency was imposed in education and health departments in the province which shows sincerity of the incumbent government in addressing the issues of the education sector.”

Kamal was optimistic that the government’s effective decisions would bring about positive results in the education department.

The chief minister urged the teachers to perform their duties religiously, saying they have to be sincere towards their profession and overcome their weaknesses in order to build an educated Balochistan.

He said the provincial government has been utilising all available resources to bring the literacy rate and education standard at the level of other provinces.

He said that cooperation from private educational institutes and international organisations would be welcomed.

Separately, the chief minister on Friday announced that Jashan-e-Ziarat Festival would be held across the province from June 2019.

Chairing a session at the CM Secretariat, Kamal said, “The provincial government seeks to provide fresh sports and cultural activities to the people of Balochistan where our talented personalities could showcase their talent before the world.”

Kamal said, “Due to the off season in Ziarat Valley this year, we couldn’t arrange Jashan-e-Ziarat Festival, but next year the festival will be celebrated in June with more zeal and fervour.

“Ziarat is a famous tourism spot in Pakistan, but due to lack of facilities it did not manage to attract as many tourists as it should from other parts of the country.”

The chief minister announced the provincial government would celebrate other festivals like Jashan-e-Ziarat across the province to send a positive image of Balochistan to the world.