Sara Netanyahu caused diplomatic embarrassment when she insisted on accompanying her husband, Prime Minister Benjamin Netanyahu, on his secret visit to Oman in October 2018.

The trip, the first by an Israeli leader to the Gulf nation in over two decades, was hailed as a sign of warming ties between the Jewish state and the Sunni Arab world.

According to a report Tuesday evening by Channel 13 news, Netanyahu was initially set to make the trip with just a small group of aides, but two days before their departure, Sara announced that she wanted to accompany her husband.

The prime minister told his advisers and Mossad head Yossi Cohen that his wife wished to travel to Oman, and was informed that it was against both protocol and the initial agreements made with Muscat. 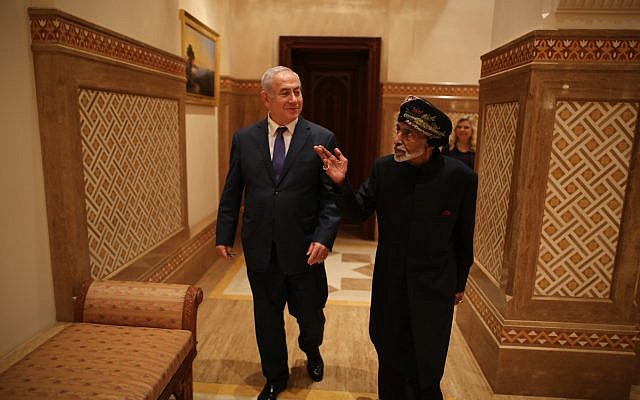 The prime minister then asked his advisers to explain the situation to Sara and try to convince her that she would not be able to go on the trip, the report said.

Cohen and officials reportedly told Sara that Sultan Qaboos bin Said, the then head of the nation, was not married and that therefore it was not customary for foreign leaders to bring spouses to meet with him.

However, according to the report, despite that explanation, Sara insisted that she would travel with the prime minister and to the astonishment of his advisers, the premier backed his wife and said that she was to come on the trip. 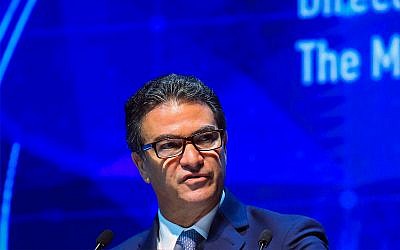 Head of the Mossad Yossi Cohen speaks at a cyber conference at Tel Aviv University on June 24, 2019. (Flash90)

“Sara pushed and pushed and Bibi just couldn’t handle it,” one official involved in the situation told Channel 13, using the prime minister’s nickname.

The day before the trip, an “embarrassed” Mossad official was sent to explain to the Omanis that Sara would be accompanying her husband as she has a “special temperament” and the prime minister was in a “sensitive position,” the report said.

The aides to the sultan were said to have been amazed at the request, but the Gulf leader agreed to the change.

Israeli officials told Channel 13 that the sultan was eager for Netanyahu to accept his plan to restart peace negotiations between Israel and the Palestinians ahead of the release of US President Donald Trump’s Mideast proposal. 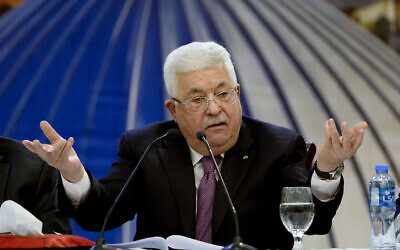 According to the report, Netanyahu would not give a firm commitment to the proposal but Palestinian Authority President Mahmoud Abbas had agreed to it a few days earlier during his trip to Muscat.

On two further occasions, Omani officials tried to get a commitment from Netanyahu but quickly decided the prime minister was just playing for time, the report said. As an official told Channel 13, the Omanis realized that Netanyahu had nothing to say and was not going to be a partner to a deal.

The Prime Minister’s Office denied the report, saying in a statement: “This was not the case. The late Sultan Qaboos personally invited the prime minister’s wife and received her warmly, as can be clearly seen in the pictures from the visit.”